Is the Social Volcano Still Dormant?

Trends in Chinese Attitudes toward Inequality 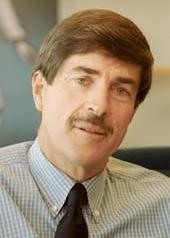 Data from two China national surveys, in 2004 and 2009, focusing on popular attitudes toward current inequalities and mobility opportunities, are compared to examine two key questions: (1) Did the continued rise in income gaps and the impact within China of the global financial crisis lead to rising popular anger about the unfairness of current inequality patterns in 2009? and (2) Did the social contours of attitudes toward current inequalities shift over the five years between surveys? Through systematic comparisons of data from both surveys, we conclude that there is no general increase in anger about inequalities in the 2009 survey, and that the predictors of variations in these attitudes had changed relatively little, with the unexpectedly positive views of villagers still visible in 2009, although a bit muted.  Trends in Chinese society between 2004 and 2009, and in the personal experience of survey respondents, are used to explain why popular acceptance of current inequalities remains widespread, despite continuing increases in China’s income gaps.