How Important is Internet Satire in China? 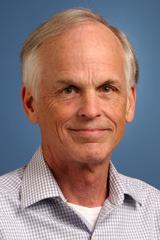 Beginning in the late 1950s,the harshness of late Maoism brought to Chinese society a bifurcation of language--clearer and sharper than it is in most other societies--between official and unofficial language. People spoke one way at home and among friends, and another way in public contexts. Public language, right to its grammar,fit with the political interests of the ruling authority.  The Internet, though, breaks this pattern. It is the first medium in PRC history in which unofficial talk is put in public and can survive there, despite efforts at repression.  This important fact has implications for how people organize, how they bring pressure, and even how they conceive what it means to be a Chinese person.

Perry Link is Chancellorial Chair for Innovative Teaching, Comparative Literature and Foreign Languages, UC Riverside. He is the co-editor of No Enemies, No Hatred, a collection of essays and poems by Liu Xiaobo, Nobel Peace Laureate in 2010. Professor Link has published widely on contemporary Chinese literature, society and culture, including his forthcoming book An Anatomy of Chinese: Rhythm, Metaphor, Politics, and his many essays for The New York Review of Books.