U.S. China Relations under Obama: From Hu to Xi-- A Policy Roundtable 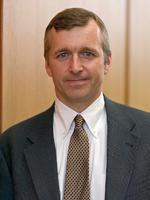 Thomas J. Christensen is William P. Boswell Professor of World Politics of Peace and War and Director of the China and the World Program at Princeton University. From 2006-2008 he served as Deputy Assistant Secretary of State for East Asian and Pacific Affairs with responsibility for relations with China, Taiwan, and Mongolia. His research and teaching focus on China’s foreign relations, the international relations of East Asia, and international security. Before arriving at Princeton in 2003, he taught at Cornell University and MIT. He received his B.A. from Haverford College, M.A. in International Relations from the University of Pennsylvania, and Ph.D. in Political Science from Columbia University. Professor Christensen has served on the Board of Directors and the Executive Committee of the National Committee on U.S.-China Relations and as co-editor of the International History and Politics series at Princeton University Press. He is a life member of the Council on Foreign Relations and a Non-Resident Senior Scholar at the Brookings Institution. In 2002 he was presented with a Distinguished Public Service Award by the United States Department of State.