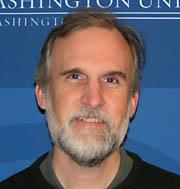 The conventional wisdom among China watchers is that political reform in China has not kept pace with the wide-ranging economic reforms of the past few decades. China remains a classic example of a one-party authoritarian regime. However, most people in China believe the country is increasingly democratic, that it is already at least somewhat democratic, and that they are satisfied with the current level of democracy. How can that be? The answer to this puzzle begins with how democracy is defined. In this talk, Dickson examines how democracy is defined by people in China. Knowing how people define democracy helps explain how democratic they think China is and whether they are satisfied with the level of democracy they currently have.