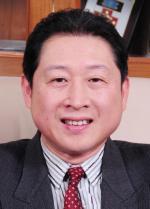 It was the first time when China put forward the concept of China’s national security strategy in the White Paper on China’s National Defense in 2004.  China’s national security strategy and China’s national development strategy are two top national strategies of China,which determine the National Defense Policy and Military Strategy Guidelines of China. Now in East Asia, there are three flashpoints: Diaoyu Islands in East China Sea, the Korean Peninsula, and the disputes over the maritime territory and maritime rights in South China Sea.  The “Rebalancing” Strategy of Obama Administration has sent the wrong signals, making Japan and the Philippines think if one of them had an armed conflict with China, the United States would defend it. So Japan and the Philippines have carried the tough policy toward China over Diaoyu Islands with China in East China Sea and the maritime disputes in South China Sea respectively.