Choices in U.S.-China Relations: Taiwan and Beyond 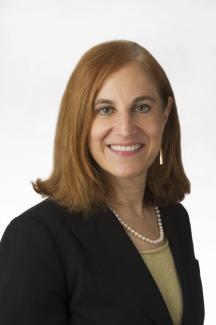 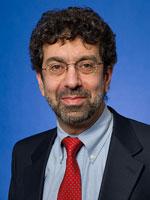 Bonnie Glaser, one of the country’s preeminent analysts of contemporary China and a longstanding observer of developments on Taiwan, and Charles Glaser, one of the foremost international relations theorists of his generation, offer differing perspectives on Sino-US relations and the two countries' continuing disagreements about Taiwan.

Charles L. Glaser is professor in the Elliott School of International Affairs and the Department of Political Science, and is the Director of the Elliott School’s Institute for Security and Conflict Studies.   His research focuses on international relations theory and international security policy. Glaser's recent book, Rational Theory of International Politics: The Logic of Competition and Cooperation (Princeton University Press, 2010), explores how both states’ motives and the structure of the international system can contribute to competition and cooperation.  He applies these arguments in his recent Foreign Affairs article, “Will China’s Rise Lead to War?: Why Realism Does Not Mean Pessimism.” His recent publications on U.S. nuclear weapons policy include "Counterforce Revisited" (with Steve Fetter), International Security (2005), and "National Missile Defense and the Future of U.S. Nuclear Weapons Policy" (with Fetter) International Security (2001). His work on American Cold War nuclear weapons policy culminated in his book, Analyzing Strategic Nuclear Policy (Princeton 1990).  Glaser holds a Ph.D. from the Kennedy School of Government at Harvard University. He received a BS in Physics from MIT, and an MA in Physics and an MPP from Harvard. Before joining the George Washington University, Glaser was the Emmett Dedmon Professor of Public Policy and Deputy Dean at the Harris School of Public Policy Studies at the University of Chicago. He has also taught political science at the University of Michigan; was a visiting fellow at the Center for International Security and Cooperation at Stanford; served on the Joint Staff in the Pentagon; was a peace fellow at the United States Institute of Peace; and was a research associate at the Center of International Studies at MIT.

Bonnie Glaser is a senior fellow with the CSIS Freeman Chair in China Studies, where she works on issues related to Chinese foreign and security policy. She is concomitantly a senior associate with CSIS Pacific Forum and a consultant for the U.S. government on East Asia. From 2003 to mid-2008, Ms. Glaser was a senior associate in the CSIS International Security Program. Prior to joining CSIS, she served as a consultant for various U.S. government offices, including the Departments of Defense and State. Ms. Glaser has written extensively on Chinese threat perceptions and views of the strategic environment, China’s foreign policy, Sino-U.S. relations, U.S.-China military ties, cross-strait relations, Chinese assessments of the Korean peninsula, and Chinese perspectives on missile defense and multilateral security in Asia. Her writings have been published in the Washington Quarterly, China Quarterly, Asian Survey, International Security, Problems of Communism, Contemporary Southeast Asia, American Foreign Policy Interests, Far Eastern Economic Review, Korean Journal of Defense Analysis, New York Times, and International Herald Tribune, as well as various edited volumes on Asian security. Ms. Glaser is a regular contributor to the Pacific Forum quarterly Web journal Comparative Connections. She is currently a board member of the U.S. Committee of the Council for Security Cooperation in the Asia Pacific and a member of the Council on Foreign Relations, and she served as a member of the Defense Department’s Defense Policy Board China Panel in 1997. Ms. Glaser received her B.A. in political science from Boston University and her M.A. with concentrations in international economics and Chinese studies from the Johns Hopkins School of Advanced International Studies.