Chinese Naval Strategy in the South China Sea: An Abundance of Noise and Smoke, but Little Fire 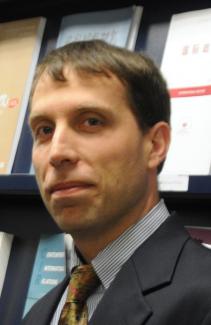 Dr. Goldstein discusses his survey of official and quasi-official Chinese-language naval literature to provide new insights regarding Beijing’s evolving strategy in the South China Sea. Contrary to conventional wisdom, his survey reveals a surprising diversity of viewpoint in Chinese naval circles that reflects the wider debate among Chinese strategists more generally. A major theme in many of these writings is the need for Beijing to adopt a cautious and compromising policy. Other themes revealed in this literature include a distinct threat perception, as well as concern that China could be cut out of the resource benefits of the South China Sea. Finally, a troubling pattern of escalation is evident in the literature with writings after mid-2010 assuming a disturbingly vitriolic character, perhaps even suggesting that Beijing’s military policy in the South China Sea could take an ominous turn in the future. Dr. Goldstein will also discuss the present direction of US policy in the region. As the US is looking to “step up its game” in the South China Sea area, Washington (and other regional actors) must realize that the “game” may develop in a variety of destabilizing ways.

Prof. Lyle J. Goldstein is an associate professor in the China Maritime Studies Institute (CMSI), which was established at U.S. Naval War College in October 2006 to improve mutual understanding and maritime cooperation with China.  He served as the founding director of CMSI from 2006 to 2011.  For this service, he was recently awarded the Superior Civilian Service Medal.  He is currently also a visiting fellow of the Watson Institute of International Studies at Brown University.  Proficient in Chinese and Russian, Professor Goldstein has conducted extensive field research in both China and Russia. His research on Chinese security policy, especially concerning maritime development, has been published in China Quarterly, International Security, IISS Survival, Contemporary Southeast Asia, Journal of Strategic Studies, and U.S. Naval Institute Proceedings. Professor Goldstein's first book, Preventive attack and weapons of mass destruction: a comparative historical analysis, which compared proliferation crises and focused particularly on Chinese nuclear strategy, was published by Stanford University Press in 2005. He is the co-editor of the books China’s Future Nuclear Submarine Force (2007), China’s Energy Strategy: The Impact on Beijing’s Maritime Policies (2008), China Goes to Sea:  Maritime Transformation in a Comparative Historical Context (2009), China, the US and 21st Century Sea Power:  Defining a Maritime Partnership (2010) and Chinese Aerospace Power:  Evolving Maritime Roles (2011).  Recently, his research has focused on various quandaries in U.S.-China relations, including the imperative to enhance maritime cooperation. He earned a PhD from Princeton University in 2001 and has an MA from Johns Hopkins School of Advanced International Studies.