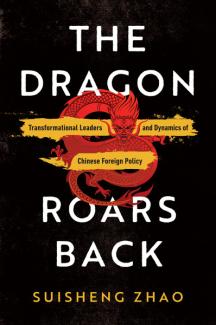 Xi further consolidated his power and becomes an all-powerful empire at the CCP 20th National Congress. How has the lineup changed the CCP elite politics? How has Xi reached this point of power? What are the foreign policy implications of Xi’s power concentration? Suisheng Zhao will explore these questions based on his new book, The Dragon Roars back: Transformational Leaders and Dynamics of Chinese Foreign Policy (Stanford University Press, 2022) which argues that transformational leaders with unique visions and political wisdom have been game-changers in Chinese foreign policy.