More Lawyers, Better Case Outcomes？: Evidence from the “Lawyers for All” Program in Guangdong, China 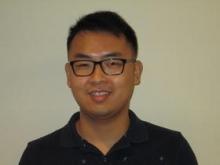 Providing indigent defendants with publicly financed lawyers is a worldwide practice. China developed a “lawyers for all” program in 2017 to expand the provision of legal counsel to indigent defendants. Using data from 4,133 defendants charged with robbery in Guangdong province, this study finds that although this program increased the rate of indigent defendants being represented by a court-appointed lawyer from less than 10% to near 50%, overall case outcomes regarding the pretrial decision, conviction decision, as well as the sentencing outcome, did not change. To explore why this null effect occurred, I further assess each type of lawyers’ effect on case outcomes. Regarding the pretrial decision and the conviction decision, my analysis shows that being represented by an appointed lawyer did not have a significant effect on dependent variables. This explains why introducing more appointed lawyers would not make a difference in these case outcomes. However, before the LFA program, my results show that, on average, court-appointed lawyers were able to help defendants receive a more lenient sentencing outcome compared to defendants without a lawyer. But this effect disappeared after the LFA program was announced. One explanation is that more inexperienced appointed lawyers compromised the overall quality of legal aid services.